The Notice below provides the Notice of Poll for the Gloucestershire County Council Elections.

The notice provides the full list of candidates standing in the Gloucestershire County Council election for a councillor for the Bourton-on-the-Water and Northleach division.

The following notice provides the full list of candidates standing for the Police and Crime Commissioner for Gloucestershire police area.

Voting for the European Parliament will take place on 23 May 2019.  Cotswold District is part of the South West Region of the UK, which will return six MEPs.

In order to be able to vote at any election, you must be included on the electoral register.

If you are not already on the register of electors, and wish to vote at this election, your application to register must be recieved by midnight on Tuesday 7 May.  You can register online at www.gov.uk/register-to-vote or contact Cotswold District Council’s Elections Team for a paper form.

If you are not sure whether you are on the electoral register, please telephone 01285 623002 to check.

Poll cards will be sent out to all registered electors on 23 April 2019.

If you can’t make it to the polling station on polling day, you can choose postal or proxy voting.

Visit www.yourvotematters.co.uk for details on how to register or to apply for postal and proxy voting.

The Elections Team will be available to provide help and assistance throughout the election process.

Elections to Cotswold District Council will take place on Thursday 2 May.

For information on how to vote, see:
https://www.cotswold.gov.uk/about-the-council/elections/how-to-vote/

At the polling station

The Notices of Election for the District and Town/Parish elections on 2nd May 2019 have been published. If you would like to stand for election as a councillor, nominations can be received between 9am and 5pm on any working day from 19 March through to the deadline of 4pm on 3 April.

Candidates are reminded that all nomination papers must be hand delivered to Cotwold District Council’s Cirencester office – delivery can be made by someone on behalf of the candidate if necessary.

The elections team will be available to check nomination papers as and when candidates arrive, and encourage candidates to wait while they do this – they will be as quick as possible!

If you have any queries relating to the nomination or election process, please contact the elections team on 01285 623002 or elections@cotswold.gov.uk. 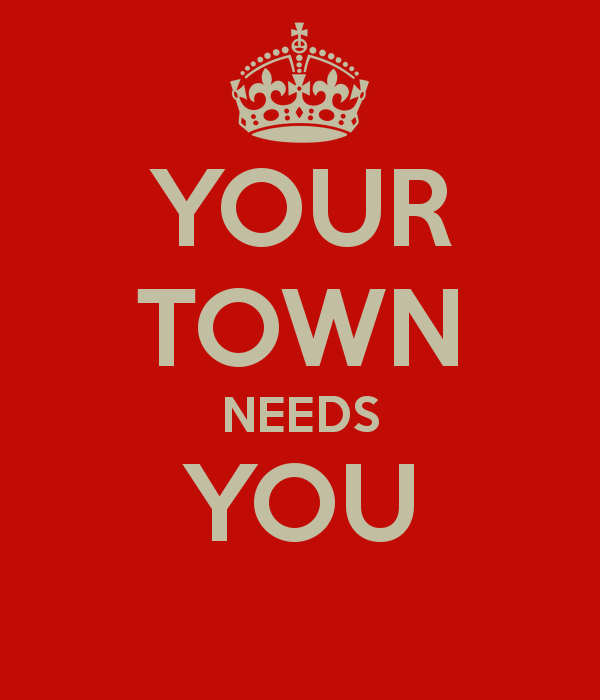 Now that the process to set the Town Council up for the next four years is about to kick off, it is a great time for you to get involved in helping to manage the Town’s affairs and to steer it through the exciting events that are bound to be happening. In the upcoming local elections on 2nd May, all eleven Town Council positions will be up for election.

As well as making sure that the people in the town are supported and served, there is the Neighbourhood Plan to implement which will give us the opportunity to make Northleach and Eastington more attractive to local residents, tourists, businesses and all other people that come into contact with us. The Town Council has a lot of responsibilities across Town from grass cutting to grit bins, The Westwoods Centre to the cemetery and from play areas to the Pavilion! We need enthusiastic, community-minded residents to help deliver these facilities for the Parish.

The Town Council is a perfect opportunity to either develop your skills or to use those you already have in a different environment. We need all types of people on the Council – so come and join us. If you have any questions about what the Councillors do then please get in touch. Contact details of Councillors and Council employees are on the Town website www.northleach.gov.uk along with other Council information.

We strongly recommend that you come along to one of the meetings to see what it’s all about, and there are two more opportunities to attend a meeting before the election process closes. Come and join us on Wednesday 27th February and Wednesday 20th March for the next full Council meetings. Both start at 7pm in The Westwoods Centre.

You can be nominated to stand for election from 19th March up to 4pm on 3rd April. Details on how to apply can be found here: www.northleach.gov.uk/2019/01/an-update-on-the-district-town-elections-on-2-may/.

It would be great to have a really competitive election so that all residents can have a say on who will represent them within the Town Council for the benefit of the Parish and beyond.

This is the first of a number of updates with information about processes and deadlines for the District and Parish/Town Council Elections being held this coming May.

Apart from the chairman and vice-chairman, your current councillors will remain in office until the fourth day after the election day of 2 May, when they will retire and the new councillors will take office.

A timetable of key events is available on https://www.cotswold.gov.uk/about-the-council/elections/current-future-elections/ but, for ease, a copy is also attached.

The publication of this notice marks the start of the formal election process.

Clerks will be sent a copy of the notice of election for their parish/town council during the week beginning 11 March.

Please display a copy of this notice on your parish/town notice-board(s) by no later than Monday 18 March.

It would also be helpful if this notice could be displayed on your council’s website (if you have one) and distributed to any email lists you use for community purposes.

Nomination packs will be available from 18 February and paper copies will be sent to clerks for distribution to interested parties.  Copies will also be available on our website.

Anyone wishing to stand as a candidate must submit completed nomination papers to the Returning Officer by no later than 4pm on Wednesday 3 April.

N.B. All nomination papers MUST BE HAND DELIVERED to the Returning Officer (Nigel Adams) at the District Council Offices, Trinity Road, Cirencester, GL7 1PX by the deadline (candidates may ask someone else to deliver the papers on their behalf).

A candidate may ask someone else to deliver any or all of the papers on his/her behalf but, ultimately, it is the candidate’s responsibility to ensure that all relevant forms are delivered in the correct manner and on time.  Where a document is required to be delivered by hand, this can include delivery by a courier.

The Returning Officer and the Elections Team will be available to accept nomination papers between the hours of 9am and 5pm from Tuesday 19 March until Tuesday 2 April and from 9am until the nominations deadline at 4pm on Wednesday 3 April (excluding weekends and bank holidays).

If possible, candidates are recommended to submit their nomination papers a few days before the closing date.  As in previous years, the Elections Team can carry out an informal check of nominations so that any errors or omissions can be corrected before formal receipt. If a candidate wishes to take advantage of this service and/or would like to make an appointment to deliver his/her papers, he/she should contact the Elections Team on 01285 623002.

The Returning Officer and the Elections Team may also assist a candidate to complete a nomination paper. However, if a candidate is not sure if he/she is able to stand, he/she should contact the Electoral Commission or seek his/her own legal advice.

Please note that the nominations deadline is the same for all elections being held on 2 May, so it would be helpful if nominations could be delivered as early as possible.

If, having submitted a nomination, a candidate wishes to withdraw his/her candidature, he/she must do so by 4pm on Wednesday 3 April (i.e. the same time/date as delivery of nominations).  This requires a signed notice to such effect, attested by one witness, delivered by hand to the Returning Officer

If no withdrawal is received by that time, candidates will remain nominated and be part of the election process

Details of nominations received will appear in the form of another notice – the Statement of Persons Nominated.

Clerks will be sent a copy of the notice for their parish/town council as soon as possible after the close of nominations, for publication by no later than 4pm on Thursday 4 April.

At this stage, we will provide more information on the process for each council, dependent upon the number of nominations received.  The options can be summarised as follows:-

If there is to be a contested election, clerks will be sent a copy of the notice of poll for their parish/town council during the week beginning 15 April, for publication by no later than Wednesday 24 April.

If there is the same number of candidates as seats, or fewer candidates than seats, we will provide a notice of uncontested election (for publication by the same deadline).

A list of polling stations will be sent to you as soon as they have been confirmed.

The verification of ballot papers for all elections will take place after the close of poll and continue overnight on 2/3 May; along with the District election counts.

The counting of the votes for any parish/town council elections will start at 2pm on Friday 3 May.

All verification and counting will take place at the Cotswold Leisure Centre, Cirencester.

Further details about the verification and count will be issued to candidates and clerks after the close of nominations.

To vote at any election, residents must be included on the register of electors.

Anyone who is already included on the register does not need to re-register.  However, if someone is in any doubt, he/she should check with the Elections Team.

The deadline for registration of new voters is Friday 12 April.

Anyone wishing to register can do so online at www.gov.uk/register-to-vote (they will need their national insurance number to register).

Poll cards for the 2 May elections will be issued to all registered electors on 26 March.

Anyone wishing to vote by post at the elections must submit an application by 5pm on Monday 15 April.

If a person already has a postal vote arrangement in place, he/she does not need to re-apply.  However, if someone is in any doubt, he/she should check with the Elections Team.

If a person already has a postal vote arrangement in place, but wishes to change the way that he/she votes on 2 May, then he/she must do so by 5pm on Monday 15 April.

Application forms are available from https://www.yourvotematters.co.uk/how-do-i-vote or contact the Elections Team for a paper form.

Anyone wishing to vote by proxy at the elections must submit an application by 5pm on Wednesday 24 April.

If a person already has a proxy vote arrangement in place, he/she does not need to re-apply.  However, if someone is in any doubt, he/she should check with the Elections Team.

If a person already has a proxy vote arrangement in place, but wishes to change the way that he/she votes on 2 May, then he/she must do so by 5pm on Monday 15 April.

Application forms are available from https://www.yourvotematters.co.uk/how-do-i-vote or contact the Elections Team for a paper form.

Similar notices will need to be published and displayed in connection with the District Council elections (on a ward basis).

I should therefore be grateful if you could publish these notices alongside your parish notices – we will send you the district notices at the same time as the parish ones, but these only need to be displayed on your parish/town notice-board(s).

Further updates will be issued over the next few months but if you have any queries in the meantime, please do contact the Elections Team using one of the following methods:-

You can also visit www.gov.uk/yourvotematters for information on how to register and vote.