24hour forecast: This afternoon will be cloudy and dry. It will remain dry overnight with some clear spells for a time. Patchy freezing fog will form as the night progresses. Monday morning will see the freezing fog lifting, but it will remain cloudy. There is a chance that snow may arrive towards midday. RST’s will be mostly well below zero through the forecast period with widespread ice and hoar frost.

2 to 5 day forecast: RST’s will remain mostly well below zero through the outlook period with widespread ice and hoar frost. Monday afternoon will be cloudy with some outbreaks of snow, although there is uncertainty regarding how heavy the snow will be. Tuesday will be cloudy with some further snow likely and this could turn heavy in the late morning/early afternoon with a risk of moderate accumulations. The snow should die away in the evening. Some patchy freezing fog may form later. Wednesday will start mainly dry with patchy freezing fog slowly lifting. There is a small risk that an area of moderate to heavy snow could extend northwards from the near continent for a time in the afternoon and overnight. Thursday will be largely dry and bright and it will remain dry overnight with clear spells for the most part, although freezing fog may form.

Proposed actions during the day/night: 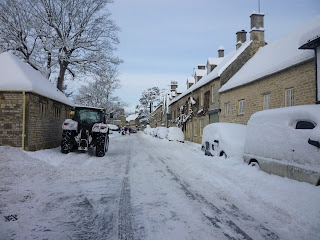