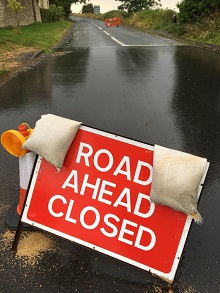 The old A40 runs between the A40 at Puesdown and the Old Prison at Northleach and has been well used by local people as an alternative route to Northleach and to villages such as Yanworth and Compton Abdale. It was closed in 2015 as a result of a wall collapsing and the ground subsiding.

Whilst we all understand that it takes time to investigate and remedy a situation, Paul Hodgkinson believes that enough is enough and that County Council highways bosses must now act and provide a timetable for the road to be re-opened.

Support Paul’s campaign to re-open the road. Add your name and details to the petition below and help us to help out pressure on Gloucestershire County Council and Highways to re-open the old A40 as quickly as possible.