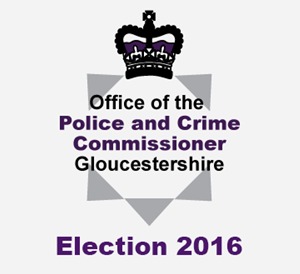 There are only a few days to go until the election takes place for the Gloucestershire Police and Crime Commissioner. Cotswold District Council is reminding  local residents that their vote is important.

Sarah Dalby, Electoral Services Manager at CDC, comments: “This is your opportunity to choose the local PCC who you think will be the best choice to oversee policing matters in the county.  You must vote to ensure your views are represented, so please go out and vote on 5 May.”

It is particularly important for those voting by post to fill in their ballot papers privately and return them as soon as possible. Postal votes for the election were sent out last week, quite a few have been returned already. If anyone has a postal vote, they can post it in the pre-paid envelope or hand it in at a polling station in the district on 5 May. Bear in mind that postal votes must be recieved by the Returning Officer by 10pm on election day.

To find your polling station, and persons nominated, see the attached notices.

For anyone wishing to know more about the candidates, details can be found on www.choosemypcc.org.uk.

Polling stations will be open from 7am until 10pm on the day. The result should be known by late afternoon on Friday 6 May and will published be on the website www.cotswold.gov.uk.

Sarah Dalby added: “We’ve been made aware of a Facebook thread saying that you need to re-register to vote in June’s EU Referendum and we’re keen to get the word out there that this is not the case!  Anyone who is already registered to vote next week will also be registered to vote at the EU Referendum, and eligible electors will be able to cast their vote.”