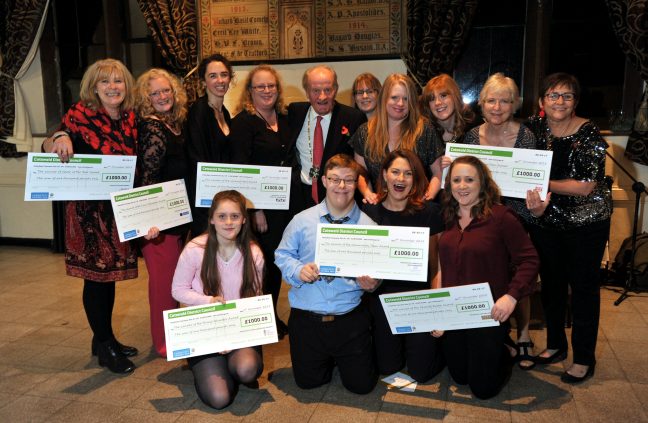 Please find below the winners of the inaugural Cotswold Champions award. It is great to see a Northleach resident amongst the winners and well done to all those who were nominated.

This date was chosen specifically to coincide with the ‘We remember 1918’ weekend when the Cotswolds commemorate and celebrate the 100th anniversary of the end of WW1.

CDC Chairman Cllr Julian Beale, had asked people to nominate residents and teams in the District to be chosen as Cotswold Champions, and many applications from all parts of the District were received across seven categories. Short listed candidates were invited to the 9 November awards ceremony and the following were announced as the winners, each receiving a prize of £1,000 courtesy of the award sponsors:

Commenting on the inaugural awards Cllr Beale said, “Congratulations to the winners and runners up in each category – and many thanks to everyone who took part in the competition.  I would like to thank also the sponsors for their generosity and overall support, the Gloucestershire Rural Community Council for judging, and Council offices for creating a successful event.  The number and quality of nominees proves that the Cotswolds breeds champions.”

Professor Joanna Price, Vice-Chancellor of the Royal Agricultural University (RAU) said, “It was an honour for the RAU to host these inspirational awards, celebrating Cotswolds residents who discreetly invest their time and energy in the community. We are very proud to have sponsored the Young Volunteer award which epitomises our belief that young people who give back to society and who put others before themselves are best equipped to become future leaders and good citizens.”