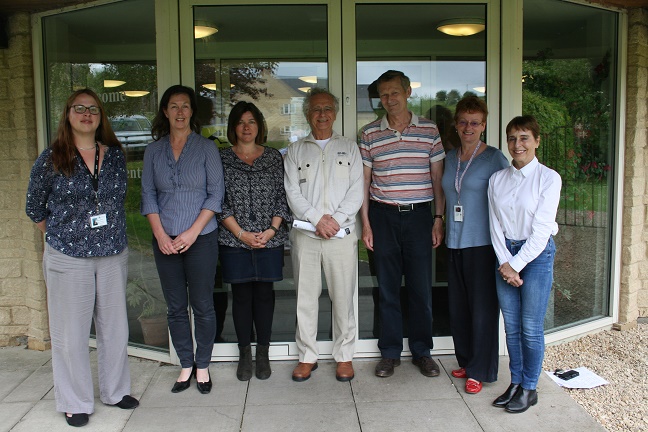 A group comprising almost 90 environmentally-conscious residents from Northleach has won the £500 first prize in Cotswold District Council’s recent Great Cotswolds Clean-up competition. A runners-up prize of £300 has been awarded to a North Cerney team while the third prize of £200 has been split between groups in Ampney Crucis and Meysey Hampton.

Judges from the Council reviewed the efforts of over 20 groups of volunteer litter pickers who signed up for the competition and – after narrowing entrants down to seven contenders – they visited each short-listed site and met the organisers to discuss their projects in more detail.

The standard was excellent but the unanimous choice for the first prize was a group from Northleach, drawn from a large number of local residents, children from the primary school and scouts, volunteers from the local Lions Club and others. Participants filled 40 large sacks with rubbish.

The judges were also very impressed with the second placed entry – a 30-strong North Cerney team drawn from local residents and the primary school. They collected 16 large bags of rubbish from around the village. Entries from Ampney Crucis and Meysey Hampton, both involving over 20 adults and children who collected about 15 sacks of litter apiece, tied for third place and will split the prize money. Commendations were also given to the other three short-listed entrants: Barringtons, Southrop and Westcote.

Commenting on the results, Cllr Sue Coakley, Cabinet Member for the Environment at CDC and head of the judging panel, said: “Everyone who entered this competition deserves our warmest thanks for their efforts – it really does make a difference when communities come together and carry out litter picks and other environmental improvements, and I know that many people do this on a regular basis throughout the year.

“The judging panel was especially impressed by the sheer scale and organisation of the Northleach effort. They quadrupled the number of participants compared with their clean-up day last year, and this speaks volumes about the enthusiasm and enterprise of the organisers. Their arrangements enabled volunteers in wheelchairs and mobility scooters to take part, and local businesses provided free refreshments for all the volunteers. The group will be using the £500 prize money to buy equipment and fund publicity for more clean-up campaigns which bodes well for the future.”

“The runners-up at North Cerney were also very well organised and local children took a very keen interest in the litter pick, working alongside parents, grandparents and other village residents. They will be spending their £300 prize money on the eco-programme at the primary school, which will encourage the children to learn about composting.

“Deciding the third placed team proved to be a tough challenge and we couldn’t really separate the entries from Ampney Crucis and Meysey Hampton. Both settlements are about the same size and both intend to use the prize money to help finance more dog poo bins.”

The Council ran the competition from 3 March to 30 April, incorporating the national ‘Keep Britain Tidy’ campaign which took place on the first weekend in March. Most volunteers used equipment and bags supplied by the Council. We can supply bags, pickers, gloves and high visibility jackets for clean-up work, and also arrange for special collections of filled bags after litter picks. Please call 01285 623123 if you require assistance with equipment or collection of filled bags.