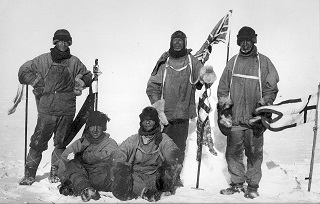 A statue of him stands in the Promenade in Cheltenham, and the art gallery there was renamed in his honour three years ago. But who was Edward Wilson? David Elder tells us the stirring story of the man the explorer Captain Scott described as the “finest character I ever met”, a local doctor’s son who became surgeon, naturalist and artist on Scott’s Antarctic expeditions to the South Pole, which ended in courage and tragedy in 1912.