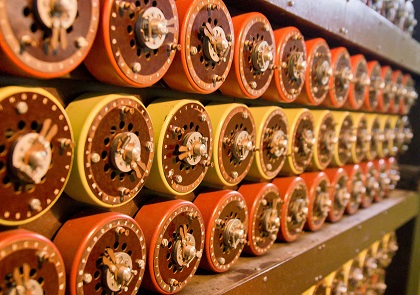 Few people are better placed than Bob Skelt to explain the secrets of code breaking: he worked at GCHQ for many years, and later became a guide at Bletchley Park, the top secret establishment known during the Second World War simply as “Station X”. Hear him reveal how Bletchley’s remarkable staff of decoders and analysts – many of them women – used forerunners of computers known as bombes to crack 18,000 enemy messages a day while keeping the secrets of winning the war safe.