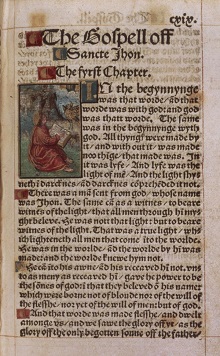 The dying prayer of the great Gloucestershire scholar William Tyndale when he was burned at the stake in Flanders in 1536 was that the English King’s eyes would be opened to the need for bibles in English. His prayers were answered: the King James Bible of 1611, which gave us many memorable phrases and is still used today, drew heavily on Tyndale’s own translation, the “heresy” for which he had been put to death. Today the soaring Tyndale Monument commemorates him at North Nibley, near his birthplace at Stinchcombe. Hear David JH Smith, former Gloucester County Archivist, tell the stirring story of William Tyndale and the King James Bible.