Northleach Historical Society | Up At The Villa 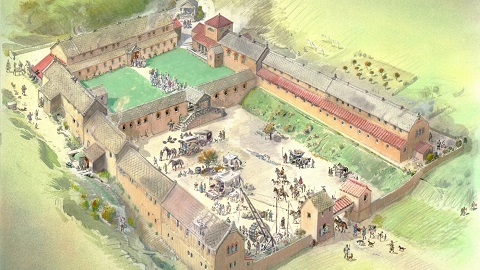 Many of us have visited the Roman villa at Chedworth – but what was life in a Romano-British villa actually like? Social historian Cherry Hubbard takes us behind the marble statues, wall paintings and mosaics to find out who the Romano-British owners were, how they spent their time, what they ate and drank – and whether they considered their lifestyle as opulent and luxurious as we imagine.

Image: A reconstruction of how Chedworth Roman villa may have appeared in the 4th century, by Tony Kerins via Wikimedia Commons: CC BY-SA 4.0.