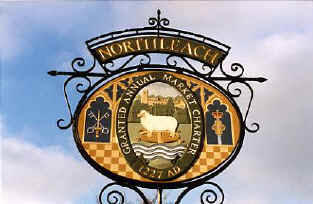 On Wednesday 6 May the Historical Society will hear Dr Nicholas Herbert, former editor of the Victoria County History of Gloucestershire, talk about the River Severn at a time when it was the major trade artery in our area. Severn River barges known as trows carried coal, iron, pottery, sugar, fruit and tobacco upriver from Bristol, and the goods were then carted inland to Tewkesbury, Gloucester, Northleach and Cirencester. Only when river traffic started to decline with the advent of canals and railways did the Severn cease to play so vital a role in our economy and daily life.

The Historical Society meets on the first Wednesday of every month (except January and August) at 7.30pm at the Westwoods Centre. After an outing to Eastnor Castle in June we convene again in July to hear Gillian White on the turbulent life of Bess of Hardwick, aka the Countess of Shrewsbury, the powerful Elizabethan who married four times, created Chatsworth, now the home of the Dukes of Devonshire, and is the star of Virginia Henley’s novel A Woman of Passion. In September Alan Ford will tell us the story of the Merchant of Prato, the Tuscan merchant who played a leading role in the profitable medieval wool trade between Italy and the Cotswolds, including Northleach (known to the Italians as Norleccio).

Annual membership is £12 (£22 for two people at the same address), and visitors pay just £3 per talk.