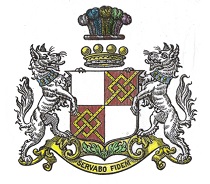 Join us on 4 February 2015 to hear Emily Slark of Lodge Park tell us the stories behind the rise of the powerful Dutton family, which dominated the area for centuries as the Lords Sherborne.

This is the first talk in an exciting programme for 2015 that also includes the history of Northleach’s Old Prison – now a growing tourist attraction – and the turbulent life of Bess of Hardwick, aka the Countess of Shrewsbury, the powerful Elizabethan who married four times, created Chatsworth, now the home of the Dukes of Devonshire, and is the star of Virginia Henley’s novel A Woman of Passion.

Another 2015 highlight will be the story of the Merchant of Prato, the Tuscan merchant who played a leading role in the profitable medieval wool trade between Italy and the Cotswolds, including Northleach (known to the Italians as Norleccio).

Annual membership is £12 (£22 for two people at the same address), and we meet on the first Wednesday of every month (except January and August) at 7.30 pm at the Westwoods Centre.

Visitors are welcome and pay just £3.