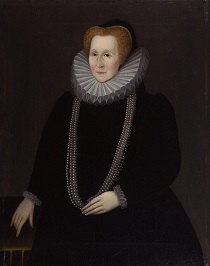 History is full of powerful women, but few can claim a record quite as remarkable as Elizabeth Talbot, Countess of Shrewsbury, better known as Bess of Hardwick. Married four times, she became one of the wealthiest and most influential women in Elizabethan England.

Born Elizabeth Hardwick, she rose from the minor gentry to become a Countess with her fourth marriage to the Earl of Shrewsbury in 1567. Bess is remembered above all for her building projects, the most famous of which are Chatsworth, now the seat of the Dukes of Devonshire, and Hardwick Hall, with its celebrated collection of embroideries, wall hangings and textiles.

On Wednesday 1 July Dr Gillian White, former curator at Hardwick Hall, will give us her insights into the life of Bess, who was for many years a close companion of the doomed Mary Queen of Scots and is the main character in both Gillian Bagwell’s Venus in Winter and Virginia Henley’s A Woman of Passion.

Talks are held at the Westwoods Centre on the first Wednesday of each month. Annual membership is £12 and visitors pay £3 per talk. There is no meeting in August, but on 2 September we will re-convene to hear Alan Ford on The Merchant of Prato, a talk on the close links between the Cotswolds and Italy at the time of the flourishing fourteenth century wool trade.